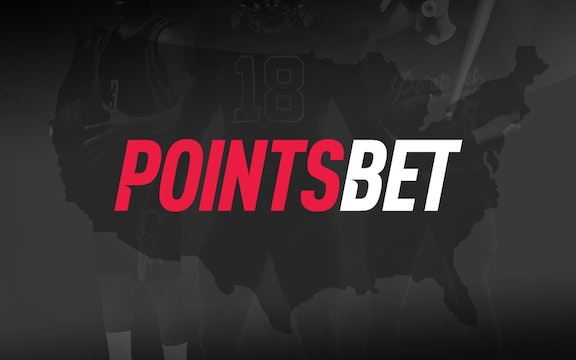 PointsBet is a relative newcomer to the US sports betting scene but is fast becoming one of the most popular betting sites in the country. This article gives you the lowdown on the Australian online bookmaker taking America by storm.

Yes. PointsBet is an authorized online sportsbook in the USA.

The Australian bookmaker has met strict regulatory standards in six US states (New Jersey, Iowa, Indiana, Illinois, Colorado, Michigan) and obtained a license in each.

This means PointsBet is a safe and reliable US sports betting site. Have a read of our PointsBet review to find out more, or, start betting with PointsBet today!

If you're in one of the six states where PointBet is legal (NJ, IA, IN, IL, CO, MI), you can start betting on your favorite sports today!

Even better, as a new customer at PointsBet, you can get two risk-free bets worth up to $2000!

To collect the PointsBet joining offer, you first need to create a PointsBet account. Here's how to do it.

PointsBet USA: Where is PointsBet legal?

Pointsbet’s US debut came in January 2019 in America’s number one online sports betting state, New Jersey, where it also established its first US office. In accordance with NJ sports betting law, PointsBet is licensed in the Garden State via its partnership with Meadowlands Racetrack. Bettors in NJ can register and wager freely from the PointsBet mobile app across the state.

In allegiance with Hawthorne Race Course, PointsBet went live in Illinois in September 2020, just in time for the NFL kick-off. In addition to a mobile app, PointsBet has four retail sportsbook locations around Chicago. With the initial requirement for in-person registration in Illinois now relaxed, bettors can sign-up and wager freely from anywhere in state lines.

PointsBet’s rapid US expansion picked up yet more pace with a launch in Colorado in November 2020, the sportsbook’s fifth operational state. A retail sportsbook will quickly follow at Double Eagle Casino in Cripple Creek, the company’s local partner in CO. Preceding the much-anticipated launch, PointsBet announced downtown Denver as the company’s permanent US headquarters.

PointsBet started 2021 like it ended 2002 - with another state launch! Michigan is PointsBet's sixth state of its ever growing portfolio having partnered with the Lac Vieux Desert Band of Lake Superior Chippewa Indians to bring mobile and online sports betting to the Great Lake State. A retail sportsbook will soon launch at Northern Waters Casino.

PointsBet USA: Where will PointsBet launch next?

With six states under its belt already, there’s little sign of PointsBet taking its foot of the pedal as the company seeks to further expand its US footprint.

An agreement with Tioga Downs Casino in New York means PointsBet has access to The Empire State once legal sports betting is approved.

And, though still unconfirmed, Virginia is another state where PointsBet is widely expected to launch. The company’s rapid US expansion and growing popularity amongst US bettors will almost certainly see PointsBet awarded one of the twelve sports betting licenses up for grabs in VA.

PointsBet is a legitimate bookmaker with operations in Australia - where the company originates - and in the US, where its sportsbook is live and legal in six states: New Jersey, Indiana, Iowa, Illinois, Colorado, and Michigan.

In addition to traditional fixed odds wagering, PointsBet’s product offering includes PointsBetting, an innovative wagering concept where winnings are determined on the accuracy of a bet and not the final outcome.

PointsBet is an online bookmaker from Australia which offers wagering on sports and racing. PointsBet USA is a subsidiary of PointsBet Holdings Ltd.

PointsBet is a trustworthy and secure online sports betting website, authorized and licensed in several US states.

Where is PointsBet legal in the US?

The PointsBet USA sportsbook is licensed and available in six states. These are New Jersey, Iowa, Indiana, Illinois, Colorado and Michigan.

PointsBet USA is a subsidiary of PointsBet Holdings Ltd.

Is PointsBet legal in Illinois?

No. Illinois is not a legal state for PointsBet in the US.

When was PointsBet founded?

PointsBet was origianlly founded in 2015 in Australia.

Where is PlayUp Legal in USA?

There’s another Australian sportsbook on the online betting scene in America. Find out where PlayUp is legal in the US. Read more

Find out where Bet365 is legal in the US and get the lowdown on what to expect from a betting site widely recognized as the best in the business. Read more