British bookmaker Betfred brings more than five decades worth of sports betting knowhow over the pond and a solid online betting experience. An excellent welcome bonus and an easy to use mobile betting app are two standout features of Betfred USA. The offering, overall, is far from complete but offers US bettors a fun and reliable betting platform nonetheless. Visit Betfred. 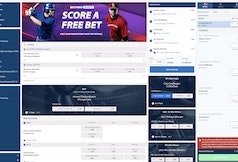 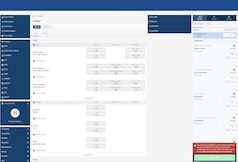 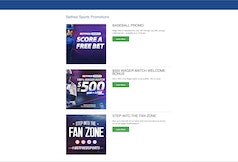 Betfred Sports is the US sports betting brand of long standing UK bookmaker, Betfred, which was founded in 1967. As one of the oldest bookmakers in the world, Betfred is a trusted and reputable operator.

Where is Betfred available in the US?

Colorado, Iowa and Pennsylvania are three states where you can use Betfred.

Given its longevity, Betfred is one of the safest sportsbooks you can bet with. What’s more, Betfred has met the requirements to become an authorized operator in each legal state.

Does Betfred have a mobile betting app?

Betfred is owned by British businessman, Fred Done who is also the company’s founder and Chairman.

Few, if any, betting companies are named after the actual founder! But, if you can get away with it, why the heck not, hey?

Founded by Mr Fred Done in 1967, Betfred is an established high street bookmaker in the UK with online sportsbook and casino products in the UK and Spain. Like every betting company with a degree of success, Betfred is expanding in the US with Iowa, Colorado and Pennsylvania already operating states and Nevada to come.

We’ve reviewed Betfred USA across the key areas such as betting variety, payment options and the welcome bonus to determine where the sportsbook stands in relation to the competition.

Here's how we scored Betfred Sports across the following criteria:

The Betfred welcome bonus offers tremendous value and is straightforward to claim. In PA, the bonus offer is effectively the same but is set slightly lower.

Let’s take a look at how the welcome offers stack up in each state.

Betfred Welcome Bonus: How it works

You’re forgiven if you’re not yet up to speed with what a deposit match bonus actually means. There’s a lot of betting related jargon to get used to!

Essentially, though, this type of bonus guarantees you money back, regardless of whether your first wager wins or loses, which is music to your ears no doubt!

The same welcome offer applies to new PA customers. But the offer is capped at $400, instead of $500 and you will need a Wind Creek Rewards account to qualify for the promo offer.

You can use Betfred Sports if you’re in Iowa, Colorado and Pennsylvania.

In each authorized state, Betfred is licensed, regulated and because of this is considered a safe sportsbook to use.

You can read more about where Betfred is legal and who the UK bookmaker is partnered with, below.

Where is Betfred Sports Legal in USA?

Popular and well-known online UK bookie, Betfred, is an emerging player on the US betting scene. But where is Betfred Sports legal so far? Read more

US sportsbooks strive to make depositing and withdrawing money as straightforward as possible. However, states have different rules in regards to the payment options available and so rarely will you find a sportsbook that offers the same banking methods across the board.

Our list below lists the ways you can transfer money to and from your Betfred account but we encourage you to note the options supported in your state.

One notable omission from the list of payment options at Betfred is PayPal. Unfortunately, Betfred is not an accepted banking method in any state where Betfred is legal. We would like to see payment options improve in general at Betfred but the introduction of PayPal would certainly be a welcome addition to a list on the thin side.

In Colorado, Betfred has a mobile betting app you can download for iOS and Android devices. You can get the app on your smartphone simply by visiting either the App Store searching for Betfred sports and tapping ‘download’, or, by visiting Betfred’s website and downloading the app direct from there.

Betfred does not yet have a native app for iOS or Android in Iowa. If you’re looking to use Betfred to wager on mobile, you can access Betred Iowa on your mobile browser, which works just as good.

Our thoughts on the Betfred mobile app

In terms of usability, we found the Betfred Colorado app to be simple to navigate and highly responsive. The layout is logical with the menu along the top making it easy to access bets for all major US sports and, crucially, Betfred Support. We also enjoyed the ease win which you can tap into upcoming events as well as games with live betting. Overall, Betfred has done a great job in producing an app bettors will appreciate and enjoy using.

Betfred’s experience within sports betting is second to none. As a result, the British bookie has a diverse collection of markets across a broad range of sports.

That said, we did expect a more in-depth menu of wagering options. The list of wagers left us slightly underwhelmed, especially when you compare the variety on offer at other international sportsbooks such as Bet365, PointsBet and Betway.

Going forwards, we would like to see Betfred add more niche competitions and markets for player/team props.

Live bets allow you to still bet on a game once it has started with odds changing based on events that happen during the game. In-play betting, as it’s also called, is becoming a very popular way to bet in America. As such, there’s intense competition for sportsbooks to have comprehensive live betting sections and specific live betting features.

Betfred’s in-play betting section is included in the menu bar which runs along the top of the website and app making it easy to find. There you will have a fair number of live bets for sports such as ice hockey, tennis, table tennis and soccer.

In addition to the list of bets, you will have a good number of stats, running text commentary and an image of the field or court to show what’s happening in real-time.

In our view, Betfred’s offering for live betting is solid if unspectacular. Betting markets are fairly limited to just straight bets and parlays, while there’s a lack of live betting features to enhance the live betting experience. We do expect Betfred to develop this part of the sportsbook over time however.

Betfred offer a healthy collection of contact methods, should an issue need to be be resolved. You can speak with someone directly on the phone, send an email or contact form and even send a text if that’s more convenient.

One aspect missing from Betfred’s customer support is an FAQ or troubleshooting section. We searched high and low on both the desktop website and app but to no avail.

Similar sections and guides available at other US sportsbooks are packed with hundreds of useful solutions which result in customers often finding a solution without even having to contact the operator at all.

Customers will enjoy scanning for bets on the easy to navigate platform and the simplicity in which bets can be placed at Betfred.

On the other hand, Betfred need to improve in key areas, most notably by adding more payment options (especially PayPal) and by introducing betting features such as cash out and live streaming.

However, Betfred’s experience of the UK betting market spanning over 50 years counts for a lot and will stand the bookmaker in good stead for the ultra competitive US sports betting industry.

Betfred was founded by two brothers, Fred and Peter Done in 1967.

The bookmaker first made its name as a single betting shop and has steadily grown its presence on the UK high street where it has over 1500 retail betting shops in operation even today.

In 2004, Betfred launched its first online sportsbook in the UK and is also a licensed operator in Spain.

Betfred is one of the most active sponsors in the UK with some of the biggest events within horse racing, soccer, darts, snooker and golf sporting the Betfred name.

Betfred Sports USA is the US facing arm of Betfred.

Aptly, given how Betfred made its name, Betfred’s US expansion began with the opening of a retail sportsbook at Grand Falls Casino in Iowa.

It has since rolled out online sportsbooks in Iowa and Colorado where the company’s retail casino partner is Saratoga Casino Black Hawk.