Think of Colorado and it’s the serene beauty of the Rocky Mountains which spring to mind. But The Centennial State is also carving out a gambling market. Keep up with the very latest regarding Colorado online gambling.

Colorado Online Gambling - At A Glance

Offer valid in CO,IL,IN,IA,KS,LA,MD,MI,NJ,NY,PA,VA,WV only. 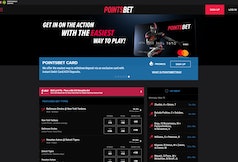 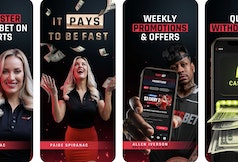 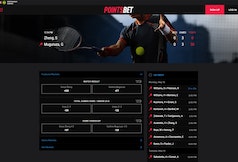 Once one of the newest US sportsbooks, PointsBet is now a leading operator in multiple online sports betting states. The company with it roots down under has flipped US online betting on its head with an innovative and refreshing sportsbook which features a new way to bet, PointsBetting, plus heaps of new market types for your favorite sports. Visit PointsBet.

Offer valid in AZ,CO,CT,IL,IN,IA,KS,LA,MD,MI,NJ,NY,PA,TN,VA,WV,WY only. 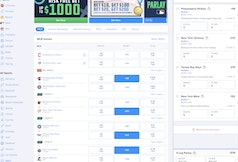 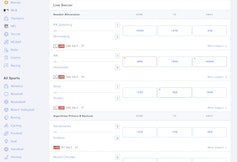 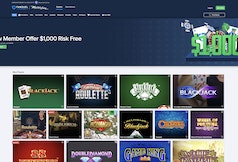 To claim your FanDuel bonus, all you need to do is create a FanDuel Sportsbook account, make a minimum deposit of $10 and place your first sports bet. If your first bet loses, you will receive your full wager amount back in free bets, all the way up to $1,000!

How to Get Your FanDuel Sportsbook Sign Up Bonus 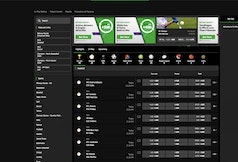 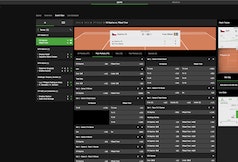 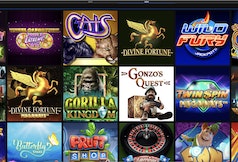 What's new with Betway in the USA 🇺🇸

With one of the friendlier legal sports gambling frameworks in the US, Colorado is fast becoming one of the hottest gambling destinations of the West.

Neither online casinos nor poker sites are available in the Centennial State but with over twenty sportsbooks to choose from, there's plenty of fun to be had! For more on the CO gambling sites available and how to start wagering, read our dedicated Colorado online gambling guide.

Here's what you can read about on this page:

Keep up to date with all the latest developments concerning Colorado online gambling right here.

Does Colorado have online gambling?

Yes, online gambling in Colorado does exist in the form of online sports gambling, which officially began on May 1, 2020.

Are online casinos legal in Colorado?

Online casinos are not part of Colorado’s online gambling law. Only online sports betting is permitted.

Which Colorado gambling sites are legal?

Which Colorado gambling sites are the best?

After testing each Colorado gambling site and assessing it according to our criteria, we would have no hesitation in recommending PointsBet, DraftKings, and FanDuel as the best CO gambling sites.

Is it safe to gamble online in CO?

Yes. Colorado has a number of licensed and regulated gambling sites for you to use. Each licensed operator has met regulatory requirements and acquired a CO license, and can therefore be considered safe and secure.

Who can gamble online in Colorado?

If you’re aged 21 or over and have a social security number, you can gamble online in CO. You do not need Colorado residency.

Read more on the state laws for online gambling in Colorado.

Who regulates the market for Colorado online gambling?

It is the responsibility of the Colorado Gaming Division to oversee the Colorado gambling market and ensure a safe environment for customers.

What’s the legal age for online gambling in Colorado?

You need to be at least 21 years old to gamble online in CO.

State voters opted in favor of a regulated market for Colorado gambling in November 2019, but only for retail and online sports gambling.

Online casino gambling in CO, as well as online poker, was not included and remains off the table, for now at least. If you’re looking to play casino games, you can of course visit one of the 30+ land-based casinos in Colorado.

New Jersey, Pennsylvania, Michigan, and West Virginia are examples of states that offer both verticals.

Colorado legalized sports betting in November 2019 and launched a regulated online/mobile market on May 1, 2020.

Four operators - BetMGM, BetRivers, DraftKings, and FanDuel - were ready from day one and the market has seen launch after launch ever since.

Today, the Colorado sports betting market boasts a bigger collection of online sportsbooks than New Jersey with local CO casino operators, international betting companies, and some of America’s most famous gambling brands among the sportsbooks available.

As mentioned then, there are more Colorado sportsbooks that you can shake a stick at. But it’s not only the number of options which is impressive but so to the diversity.

For instance, there are the names you will find in each legal US gambling market such as FanDuel, DraftKings, and BetMGM, companies from overseas like PointsBet, Betfred Sports, and PlayUp, and also local casino brands that have added an online sportsbook to their existing offering, BetWildwood Sportsbook, and Sky Ute Sportsbook two such examples.

Now, with the choice of online gambling sites in Colorado so varied, there’s a good chance that you may want to save time browsing every Colorado gambling site and focus on the best options instead.

So, here are the top gambling sites in Colorado, currently.

Colorado state laws on online gambling permit online sports betting but not online casinos or online poker. Whether or not CO gambling is expanded in the future remains to be seen but for now, you will only be able to use online sportsbooks if you want to gamble online in Colorado.

In order for CO sports betting operators to be awarded a license, they need to partner with a land-based casino in Colorado, a rule that is familiar in most legal betting states.

As part of the regulations, CO casinos can partner with a land-based operator and an internet operator, or use the same partner for both retail and online betting.

Every one of the 33 casinos across Colorado can team up with an internet sports betting operator with each casino eligible to offer one skin (brand) per license.

Meanwhile, there’s a 10% tax rate in place for Colorado betting companies, which will help fund the state water plan, among other things.

History of Gambling in Colorado

The desire for gambling has existed for a long time in the Centennial State.

Following the blanket ban on gambling in the US, the industry began to slowly make its way back around the time of the Great Depression. In CO, limited forms of gambling were legalized and introduced in bars during the 1930s.

But it wasn’t until 1991 when the state decided upon setting foot into casino gambling. Three casinos were built in three historical towns by way of trying to regenerate the historic sites and raise money through taxes.

While legal gambling began to take hold, the Professional and Amateur Sports Protection Act (PASPA) which banned sports betting anywhere in the states other than Nevada, put pay to any expansion plans.

However, not to be deterred, and perhaps with half an eye on New Jersey’s momentum toward legalizing sports betting, Colorado did broaden its gambling offering by legalizing Daily Fantasy Sports in 2016.

Following the decision of the Supreme Court to lift the federal ban (PASPA) on sports betting, it was always going to be a matter of when, not if, Colorado would look to make sports betting legal. A referendum in November 2019 saw residents pass Colorado Proposition DD and authorize the bill.